As a business partner of Naperville School District 203, Chicago a cappella worked with the choral students at Naperville North High School over the course of the school year. 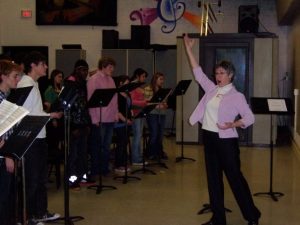