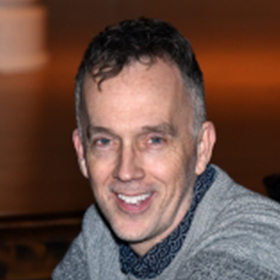 He has conducted such prestigious groups as the William Ferris Chorale, His Majesties Clerkes, the Scholars of Cambrai, and the Schola Cantorum of St Peter’s in the Loop. For over ten years Paul was Director of Music for Saint Clement Parish in Lincoln Park, and he also served on the faculty of DePaul University as Associate Conductor of the University Singers as well as principal accompanist. Paul served on the staff of the Glen Ellyn Children’s Chorus and has been accompanist to the faculty of Roosevelt University, Lake Forest College, Concordia University, Columbia College, and the Chicago Studio for Professional Singing. As a singer, he has performed with the Chicago Symphony and Grant Park choruses under Leonard Slatkin, James Levine, James Conlon, Sir George Solti and Robert Shaw. His vocal and instrumental compositions have been recorded on the Cedille, Imaginary Road, and Polygram labels, and he has appeared both at the keyboard and as a singer on Live from Studio One on WFMT. Paul has also appeared as guest keyboard artist with the Grant Park Symphony and Chorus, the Newberry Consort, Haymarket Opera Company, Apollo Chorus, and Baroque Band.