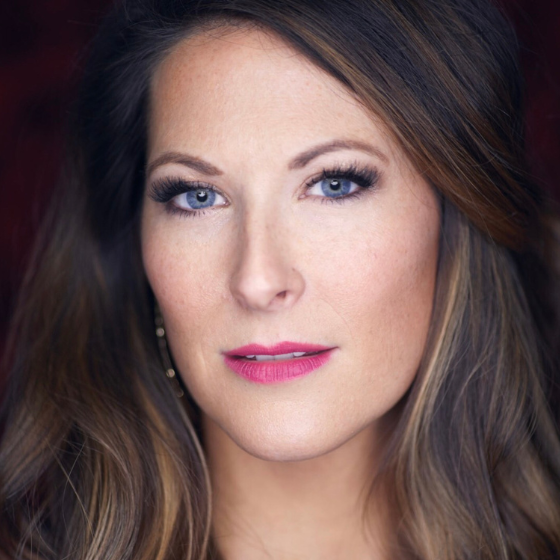 Soprano Kristin Lelm has been thrilling audiences for more than a decade.

A Peoria native, and graduate of both Bradley University (undergraduate) and DePaul University (graduate) in vocal performance.  While at Bradley, Mrs. Lelm was a recipient of the Presser Scholar Award, Concerto-Aria Competition Winner and NATS.  She is a regular member of the Chicago Symphony Chorus, Chicago Acappella and a former member of the Grant Park Chorus (Chicago) and Lakeside Singers.  Additionally, she has made numerous appearances at the famed Ravinia Festival, and has performed at Carnegie Hall on multiple occasions, under the baton of Maestro Riccardo Muti and the Chicago Symphony Chorus and Orchestra

Kristin has performed as a recitalist and soloist all over the U.S. – Peoria Bach Fest, Sing-It-Yourself Messiah, Peoria Municipal Band, LOFTRecital and has also guested with the Peoria Symphony Orchestra with Broadway sensation, Ashley Brown. She made her debut with the Elmhurst Choral Union as a soloist in Vivaldi’s Gloria in December 2019 and has made many charity event appearances, including Ronald McDonald House Charities, RL Gala for TCW Magazine Foundation, Northwestern Hospital Fundraiser (Chicago), and St. James Lutheran Church and School Auction Gala. A few lead opera roles she has performed include: Gretel in Hansel and Gretel, Sister Genevieve in Suor Angelica, as well as scenes from Lucia di Lammermoor, Die Zauberflöte, Gianni Schicchi, La Bohème, Falstaff, Don Pasquale, Anna Bolena, and Der Rosenkavalier.

For the past three years, Kristin has been working and performing with Grammy nominated arranger and producer, Paul Langford. She has been hired as a session singer from her own home recording studio for clients including, Hal Leonard Publishing, Chicago Acappella, Paul Langford Music, Inc., and Elmhurst Choral Union, just to name a few.

In April, Kristin released her first solo album “I Feel A Song Comin’ On!”.  Her album includes many American standards, such as “Misty”, “Blue Skies”, “But Not For Me”, “Over the Rainbow”, and more.  You can find her album on Spotify, Apple Music, and YouTube.