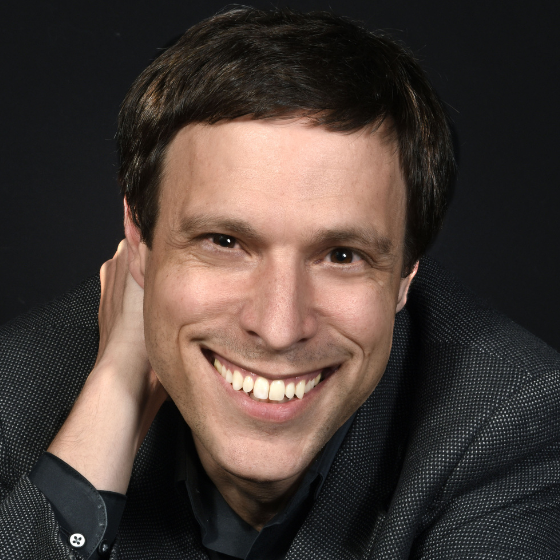 John William Trotter became Chicago a cappella’s second Artistic Director in 2020, having previously served the ensemble as Principal Music Director and Guest Music Director starting in 2013.  An acclaimed choral leader, he interacts with musicians and audiences to celebrate the gift of music and its powerful place in human identity.

He has conducted more than a dozen professional choirs and orchestras on three continents, and studies and teaches widely in the areas of music, leadership, and the role of the arts in society. Trotter serves as Associate Professor at the Wheaton College Conservatory of Music, and is widely active as a guest conductor, composer/arranger, educator, and speaker. His performances of concert music have attracted special attention for their freshness and authenticity. Performances with Chicago a cappella (described by the Chicago Tribune as “The city’s liveliest, most versatile vocal ensemble”), and the Vancouver Chamber Choir (where his Vivaldi Magnificat was hailed by the Vancouver Sun as “a radiant performance of this work that overstated nothing and brought out all of its freshness and charm.”) have been broadcast throughout North America on APM and CBC.

Trotter’s various ensembles have been honored with invitations to perform live at national, regional, and state conventions of the American Choral Directors’ Association, Chorus America, and the National Association for Music Education. In 2017, Trotter led the Wheaton College Concert Choir on tour throughout South Korea, conducting twenty performances including several broadcasts. Over the past several years, the ensemble has become recognized for their innovative approach to masterworks, such as their semi-staged production of Handel’s Messiah, exploration of interdisciplinary collaborations with dancers, painters, and actors, and direct engagement with audiences in concert halls, homeless shelters, and with hundreds of inmates at a state prison.  In 2018, Trotter received the Leland Ryken Award for Teaching Excellence in the Humanities.

Prior to his work with Chicago a cappella, Trotter earned the Doctorate in Conducting from the University of Michigan and undertook further advanced studies with Eric Ericson, Helmuth Rilling, Andrew Parrott, and Jon Washburn. He now trains young conductors and serves as a resource to mid-careers professionals through conference presentations and intensive workshops. His conducting students have distinguished themselves by taking up significant positions, gaining entrance to the top-ranked graduate programs in North America, and earning national recognition at the ACDA Student Conducting Competition.

Trotter is well known for his ability to connect with audiences and for his interest in building bridges between the professional music world, music training institutions, and the wider community.  An experienced improviser, he is an advocate for the recovery of this musical skill among amateurs and professionals alike. His activities now range from choral/orchestral masterworks, jazz, new music, and film score recording to work as a consultant, clinician, adjudicator, conducting teacher, composer/arranger, writer, speaker, and leader of improvisation workshops.

During the 2019-20 season, Dr. Trotter served as a Visiting Fellow at the University of Cambridge (UK) and also served as a visiting teacher at the Royal College of Music in Stockholm, Sweden and worked with ensembles and observed leading conductors and ensembles in Sweden, Germany, the Netherlands, and France.